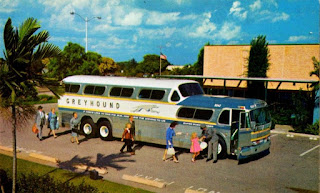 I return to the Equinox shelter, and life returns to my “new normal.” Mornings are spent taking the bus to Stuyvesant Plaza, getting picked up and driven to school. Few people know what I am going through and I try to keep it that way. I have never been a very good student in school, and all this makes it even harder.

One day I come home from school to find that Donna is waiting for me. Ushering me into the office, she explains that Parsons Child and Family Center has a bed for me and I will be moving into one of their group homes. The only problem is that the house that has a spot for me is in Saratoga. “This is good news,” she says, “you will have whole new life to look forward to.” I explain that I looked forward to fixing my old life. I’m worried. I don’t know anyone in Saratoga and I will be starting school there in the middle of my junior year. “Mrs. Vanderbilt-Whitney lives in Saratoga,” Donna reminds me. “Am I living with her?” I ask.

Donna tells me that there is no other place for me to go and that this is the best thing for me. Standing up, she motions with her hand for me to leave the office and that our talk is over. I have four weeks left at the shelter before I will be moved, so it’s time to say my goodbyes.

That night in the TV room I get to meet two new kids who will be living at shelter for a couple of nights until the staff figure out what to do with them. One of them will be staying in my room and one will be staying in the hall across from me. The kid who will be staying with me is named Tom. His friend’s name is Alex. It turns out that they are both runaways who arrived from Buffalo. They got picked up by the police at the bus station where they spent the night sleeping on the chairs. When questioned, they didn’t have any bus tickets and refused to talk about their families. After a day, the police brought them here.

Tom and I stayed up late and he told me all about his life. Alex snuck across the hall and joined us. I told them to stand at the top of the stairs where you can hear Laroy’s snoring coming from the office. If you can hear it, then the coast is clear. The rule is that once “lights out” is called, everyone needs to be found in their own room. No one challenges any of Laroy’s rules.

The next couple of days at school are strange. I tell only my closest friends that I will be leaving and living in Saratoga. It is too hard to explain and I find that saying goodbye is very tough for me.

I come home two nights later and Donna is waiting for me in the office again. She introduces me to a woman who is creating a brochure for the shelter and wonders if I would like to design the cover. I am over-the-moon and I’m told that I only have two days to do it. I get to work right away.

Three nights later a news station comes to the shelter to do a story about what they do and Donna asks me to be a part of it. The news channel doesn’t want to show my face but they get a shot of my cowboy boots walking down the sidewalk and into the front door. I am now the poster child of the runaway set, except that I never “ran away.”