Hey! You! Get Out of My Way! Leaving Home Part 1 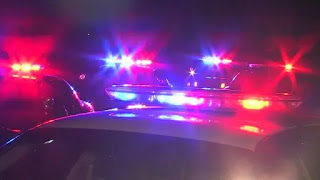 To say I was having problems with my home life was an understatement. I couldn’t continue to go on living with my parents. My mother and I were not getting along at all and then she would involve my father. Our fights had gotten out of control: Much like my Mom’s relationship with alcohol. The arguments, the quarrels, and the screaming had become so bad that one night my parents called the police and had me removed from their house. Its ‘1979 and I’m a sophomore in High School.  It had been a living in Hell — a hell that I no longer wanted to live in and a hell that they didn’t want me to live in either.

I’m not even sure what this particular fight was about. I was never really sure what any fight was about. I knew that my mother was upset because my father travelled a lot and she was left in charge of everything. If we kids stepped out of the boundaries she established, the shit would hit the fan and our father would be called. Everything I did or said turned into a fight and a contest of wills. I had trouble understanding her logic and her rules. I felt that a lot of them were made up on the spot. It was like living in a pressure cooker. I couldn’t take it and I would lash back at her whenever she lashed out at me.

My brothers and my sisters were living at home at the time and would see these fights. They would become the targets of these arguments after I left but none of them would stand up for themselves, at least not until years later.

I needed to leave, because I felt like I was losing my mind. The funny thing that I remember about that night was that my mother told my Father she was concerned that the neighbors would talk, even though she was the one who had called the police.

I had very little time to gather my things. One of the cops entered our house and followed me into my bedroom. The other cop stood at the front door and waited for me. I could see neighbors looking at our house through their closed drapes, only pulling the sides to look out. Some neighbors stood outside on their front lawns to get a better view.

The cop car stood in our driveway. The lights on the top of the car were spinning, but they didn’t have the sirens on. It was a neighborhood-wide show as they marched me out. Things like this never happened in Guilderland.

One of the cops held the back door of the squad car open and asked me to “watch my head” getting in. I slid across the back seat of the car and the cop closed the door. I could hear the door lock but I remember that there were no locks that I could see on the door. I have never been more scared in my life.

“We have a place to take you tonight,” one of the officers said through the wire screen separating the seats. I met his eyes in the rear view mirror. He nodded his head at me and gave a smile. “You’re okay now,” he said and started the car.

The cop backed the car out of the driveway. I could see my parents standing in separate windows. Their faces were illuminated by the lights of the squad car.