Hey! You! Get Out of My Way! Leaving Home Part 2 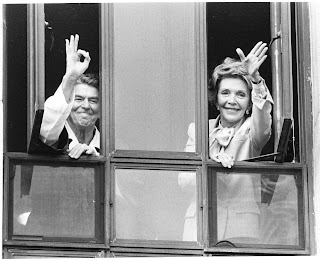 The cops proceeded to drive out of Guilderland and get onto the highway in the direction of Albany. “Are you okay?” one of the officers asks me. There is a mesh grate separating the front seat from the back. I just stare out the window into the night.

The squad car continues down the highway and as they put on their blinker, I see that we are entering the downtown Albany area. The ramp from the highway takes us to an exit right near the Albany bus station. Unfortunately, the area looks like a war zone. Empty storefronts, shady hotels, and burnt-out cars pepper the scene. Nobody lives or ventures this far downtown unless they’re destitute, looking for a prostitute, or wanting to buy some drugs. I have no idea where we are going. Out of the back window I can see a church that looks like it should be somewhere in Paris. It rivals Notre Dame, except that it seems like no one has been there in years, and its splendor has seen better days. The church stands abandoned, most of its windows smashed out. We pass several working girls who wave at the cop car as it passes.

Row after row of abandoned buildings line the block. I am scared but trying not to show it. We finally arrive and pull up next to a building that is as far downtown as you can get. There are no other buildings around it and it stands about three stories high. One of the cops walks around to the side of the squad car, opens the door, and motions to the building with one outstretched hand. “Welcome to your new home,” he says. The second cop is standing on the front steps. He explains to me that this is a runaway shelter named Equinox. It’s for troubled youths.

The first cop reaches out and rings the doorbell. I stand there and start to shake, expecting the worst. A light goes on above the front door and there seems to be a flurry of activity directly inside this door. Now I can see someone standing at the door on the other side of the window. The knob turns and the door gets yanked inwards. Directly in front of me stands a chubby little man about four feet, three inches tall, with flaming orange hair that shoots out in all directions. I would guess his weight at about two hundred pounds. It appears as if we just woke him up. He smiles, showing a mouth full of dead teeth. He is wearing a black Hells Angels t-shirt. A chain attached from his front pocket crosses his leg and is joined to his wallet in the back. “Hellooooooooooooooooo,” he says, rolling his eyes and puffing out his cheeks. He looks at me and the cops and exclaims, “Jinkies, it’s the cops, what can I do you for officers?” I can tell that he is trying to put me at ease. The other cop puts his hand on my back and pushes me forward.

“Laroy, this is a new ward of the state.” Laroy tips an imaginary hat and bows deep. “ ’ellooooo, young master, you’re going to like it here, and you’ll get an extra cup of gruel just for the asking.” He laughs to himself and shakes his head. He motions us to come inside and the cops flank me, one in front and one in the back. I’m sure that they are used to people trying to break and run.

They lead me into an office right off the main entry way. Laroy pulls out a chair and reaches into his back pocket, pulling out a bandana that he uses to dust off the imaginary dirt on the chair. He laughs again and motions for me to sit, then takes the chair directly across from me. On the wall behind him is newspaper picture of Nancy and Ronald Reagan. Someone has taken a black pen and given Ronald an Adolf Hitler hairdo and mustache. Laroy follows my eyes to the poster. “I don’t know who did it,” he says and then mouths the words, “The Führer,” to me. He stands up quickly, walks over to a desk and grabs a large ledger book. “Oops, almost forgot,” he says. Returning to his chair, he pushes the book across the desk to the cops. One of the cops checks the time on his watch and signs the book. As the cops start to leave, one of them turns back to me and says, “If you need us, you call,” and with that, they are gone.

“They’re gonna break out the booze,” Laroy says, slapping his thigh. I try not to laugh, but I’m starting to feel safe for one of the first times in my life.

Laroy begins to give me the rules and the history of where I am and it’s called Equinox.