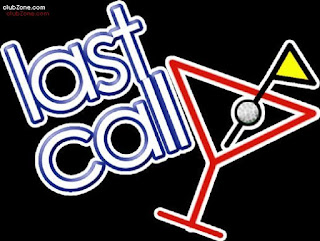 Two hours before closing time, Mitch passes by me, announcing Bob’s arrival in a loud whisper, “He’s here.” Trying not to look desperate or eager I say, “Thanks,” and continue leaning on the side bar. From my position I can look into the mirrors and see the people in the bar without having to look directly at them.

Uncle Charlie’s has three bars in one, and has started to add little stages in each room for strippers. I see Bob walking through the front bar looking for someone. Hoping it’s me he’s looking for, but not wanting to seem overanxious, I stop leaning and sneak out through the back bar, scooting into the hallway that connects it to the front. That way I can just “accidentally” run into him.

Pushing my way through the people in the hallway, I walk right up behind him. He is still searching around the bar when he turns and crashes into me, knocking my tray to the floor. “Holy shit,” he yells, and we both bend over to pick up my tray. A big smile begins to form on his face as we slowly stand up. “I have been looking for you,” he says, his blue eyes twinkling. “You were?” I say, innocently looking around. “I forgot,” I say, “did you tell me that you were coming in here tonight?” I let my eyes stare into his. He laughs his gentle laugh and then sighs. “It’s good to see you,” he says, a smile forming again. “You, too,” I say. “I have met some of the loneliest people in here tonight.”

I look around. The bar is packed. I’ve always thought it was strange that you could sometimes feel loneliest in a crowded bar. “I’m sorry to hear that,” he says with a laugh. “Would you like to talk about it?” “Not right now,” I say. “I only want to talk about happy things.” With this he takes my hand, looks into my eyes, and asks me if I would like to go out with him after I get off work. Trying again not to seem too eager, I tell him that it will be around 3:00 a.m. “I’ll see you then,” he says, cupping my chin in his hand. He turns and heads to the front door. He turns around, raises three fingers and mouths the words, “See you then.” Right at this moment I feel like I’m the only person in the world.

I turn around and push my way through the crowded bar, looking for Mitch, and I beg him to work the rest of the night for me. He reminds me that he is already working, so it would be impossible to cover my shift. “Crap, you’re right,” I say dejectedly.

“Oh well then, do you want to play a game?” Mitch asks looking towards the back bar. One of the favorite games that Mitch and I play is called Numbers. Numbers is a game where we walk through the bar, stand in front of a patron, and discuss what we think their faults and their strengths would be. We judge them in beauty and talent, and finish with a number from one to ten. Then we then announce their final number to their faces and wish them all the best in the future. Most of the time the patrons we rate are either falling down drunk, or nodding out because they are on drugs. With luck the person is awake, lucid, and highly insulted.

Eric the Fish slides up to us. “Oh, giiirrrrrrrlllllllllll,” he says, scanning the crowd, “do you want to play the Numbers game?” He opens his arms to display the crowd before us. “We’re one step ahead of you,” I say, “let’s do it.” Starting against the wall, we find some young boy who looks like he just got out of high school and begin with him. Just our luck, he’s bombed. Eric the Fish grabs his arm and spins him before us. “Throw him back,” I say, “he’s not fully grown yet.” Eric twirls the bewildered boy back against the wall. We take our time going through at least the first ten victims when I realize that I’ve got bills to pay. I become aware of this because I can see Jeff the bar manager looking at me. Eric and Mitch follow my eyes and see him too. We scatter like roaches when someone turns the lights on. “Game over, giiiirrllllllll,” squeals Eric the Fish, ducking out of the room. I make a quick swoop into the hallway and back around to the front bar.

I cut through the crowd and look for John. I am avoiding work tonight. I want to make sure that he is all right. The last time I saw him was a while ago. Mitch and I meet back around the front of the bar. “Have you seen John?” I ask. “Oh, he left hours ago,” Mitch says. The bar manager comes around the corner causing Mitch and me to scatter again. Looking at my watch, I realize it’s last call — one hour before we close, and two hours before I see Bob.