Hey! You! Get Out of My Way! Enter the Ninth Circle Part 5 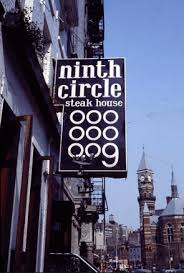 A year earlier, one night a waiter at Uncle Charlie’s bar asks if I will cover his other job at The Ninth Circle Bar. It will be for a short time when he goes out of town. I figure that I can use the money; my rent at the carriage house is $560.00, a staggering fee for New York City.

The carriage house apartment is interesting. To get to it you enter through the main entrance of an apartment building on 13th Street, located between Greenwich and 7th Avenues, and head into the courtyard. In the courtyard is a three-story carriage house where the original owners used to store their horses and their carriage. Clearly they were rich! Sadly, it is without “real” electricity. It’s wired with various cord and plugs and every time I plug something in, all the lights dim.

I live on the second floor, and to get there I walk up a circular staircase that is about ten inches wide. In true New York fashion, I am subletting the apartment from a friend of a friend. I am told that I need to pretend to be the brother of the original tenant, if I’m ever asked who I am by anyone who lives there.

The interior of the apartment is one room with a bathroom. I can actually sit on the toilet and do the dishes in the sink at the same time.

In preparation of going to The Ninth Circle, I ask around Uncle Charlie’s to see if anybody has been there. Almost everyone looks at me like I just got off the turnip truck. I thought that I had seen the seedy side that life has to offer, but that is before I enter The Ninth Circle Bar.

I go there during the day to meet the head bartender/manager and to tell him that I will be subbing for one of his waiters. Little did I know at that time that the waiter would never be coming back to work there and my sense of loyalty would keep me there a little longer then I planned.

The Ninth Circle Bar was allegedly named in honor of the book Dante’s Inferno. In Dante’s Inferno the ninth circle is the lowest form of Hell. The sign outside said it was a Steak House when I arrived. The logo was Eight 0’s and a 9.

Even during the day, the bar lived up to its name. It was quietly located off of 7th Avenue South, right across the street from the fire department. I had been told that the place was a hangout for Janis Joplin at the height of her fame. Somewhere they had a picture of her allegedly sitting at the bar. I never saw it, but everyone knew the story.

I walk up the front steps and enter a dimly lit room that smells of day-old smoke and vomit. I squint both my eyes and let them adjust to the light. The bar is directly in front of me and I can barely make out that there are about ten old barflies sitting around the bar. The smoke hangs thickly in the air. I thought I’d noticed windows when I stood on the sidewalk but on the inside no external light permeates the bar. “Hey Cookie, look what the cat dragged in,” one of the barflies croaks. “Meow,” says another scratching the air before him and leaning on the back of his hand. I slowly walk up to the bar, feeling like a virgin bride at a vampire convention. “Hi,” I say, my voice shaking, “I’m looking for the manager.”

“Jerry-Poo,” one of the old drunks yells out, “Your date’s here.” “Hold on,” someone yells, the voice coming from the back of the room.

At a speed-walking pace, out comes the person I believe they just referred to as Jerry-Poo. He is sporting a blown-out perm, a tight t-shirt and matching jeans, a little gold chain, and I believe he has a cold because he can’t stop sniffing.

“Who ah you, who ah you?” he says in a rapid fire progression as he lifts the little bar gate and slides behind the bar. His voice quickly betrays a thick Bronx accent. I put my hand out to shake his, he looks at it, then looks around at the barflies, and decides not to shake my hand.

“Whadda ya want, whadda ya want?” he shouts at me, wiping his nose on the shoulder of his sleeve. I can hear someone at the bar begin to titter as I feel fresh the sweat on my neck start to slide down my back. Finding strength, I say, “My name is Geoff,” “and I am here to sub for one of your waiters.” “Fresh meat,” a barfly yells out, slapping the bar with his hand.

“You awr, awr you?” Jerry-Poo says to me. “How do I know who sent you?” Jerry-Poo snaps, his eyes getting bigger. Suddenly a loud buzzer goes off, Jerry-Poo’s eyes dart around the room. “Shit, he’s up,” he yells out … 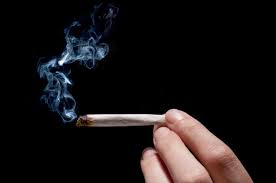