Hey! You! Get Out of My Way! Leaving Home Part 5 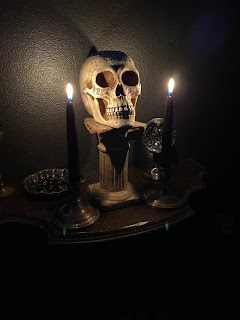 Now, I’m not sure what a skull fuck is, but I can figure it out as Vinny takes a step closer to me while unbuckling his pants. I slide as far up to the top of the bed as I can get. “Scream and I’ll kill you,” Vinny says to me, a crooked smile crossing his face. I’m thinking as quick as I can, looking around the room for anything I might be able to use to stop him.

Vinny takes another step towards me and the adrenaline builds up in me like fuel looking for a place to escape. I spring into the air and knock him to the floor. Landing with both knees on his chest, I begin to pummel him. “Stop it,” he screams. The adrenaline in me cannot keep me from punching him repeatedly. All my pain and fear is leaving me through my fists.

Suddenly the door bursts open and Laroy steps in. “What the fuck is going on?” he screams. “He’s trying to kill me,” Vinny screams. With one hand Laroy grabs the back of my shirt and flings me into the air. I crash into the wall and slide to the floor, knocking over Vinny’s altar with the skull candle on it. Vinny shrieks and runs to save his skull after it hits the floor.

Laroy looks at me and points a finger. “We don’t kill people around here,” he says, his face turning a bright red. “Oh yeah, do you skull fuck people here?” I ask. “What the hell are you talking about?” Laroy says, looking between Vinny on the floor cleaning up his broken altar and me. “He told me that he was going to skull fuck me and he had me cornered.” Laroy looks at Vinny who is looking at me and mouthing the words, “shut up.” “Again?” Laroy screams, this time grabbing Vinny and bringing him to his feet. “How many times do I have to tell you, we don’t tell people we’re going to skull fuck them?” Laroy grabs Vinny by the back of his collar and in one move drags him out of the room.

“You’re dead!” Vinny screams. I can hear him being dragged down the stairs. I lie down on the bed and stare at the wall. Hours later I am awoken by the sound of Vinny walking back into the room. “Stupid faggot,” he mumbles under his breath.

He undresses silently and climbs into his bed. “You are so dead,” he whispers in my direction. I’m lying awake but pretending that I am asleep. I only relax when I can hear him snoring softly.