Hey! You! Get Out of My Way! Enter the Ninth Circle Part 1 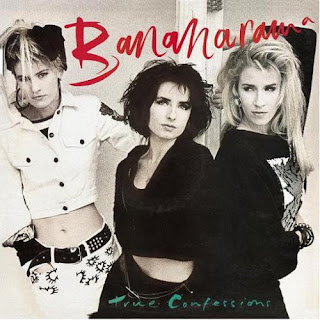 Don’t get me wrong, I honestly love New York City. However, I think that I liked it better when it was scary and full of crime. Not like it is today. Today it is clean and full of safe things to do. What I’m talking about is back in the 1980s. 1984/1985 to be exact. Back then New York City kept you on your toes.

There was a time when you used to run across Times Square, quickly weaving in and out of hookers on the stroll. You would see dealers selling drugs. Marijuana, Crack, Whack, Speed, and Smack was dealt out in the open. Every now and then someone would get ripped off and buy the occasional bag of oregano (so I hear) or packet of sugar and a fight would break out. It didn’t matter, cops wouldn’t show up. Various peep shows lined the main strip and had plenty of visitors in and out of their doors. They would advertise with a broken blinking sign that for 50 cents you could see a (dandy) show. Now it feels like that was a hundred years ago.

Back then you would spend every minute of every day looking over your shoulder to see who or what might be lurking in the shadows.

Since this was the ’80s, I had the look of the time. Everything was big and overdone. I had what I would call a “Flock of Seagulls” hairdo, named for a band who was known more by how big their lead singer’s hair was and less for the quality of their music. To achieve this look, I would take a hand full of Dippity Doo hair gel, slop that on my head and pull it into what I can describe as a large unkept birds nest. Then I would spray it with half a can of Aqua Net Hairspray to keep it in place. For clothes I wore t-shirts, leather jackets, and tight pants with a short black boot. I was totally in style.

My first apartment in New York was located in Red Hook, Brooklyn. This was one of the scariest neighborhoods I have ever lived in. My apartment was 36 blocks from the subway and one block from the projects. We shared the building with a taxi service. My roommate was a modern dancer; I almost never saw him. He was always in his room and rarely came out. By rarely, I mean every couple of days or so he would run out to use the bathroom or grab something from the fridge. I would often hear him moving around in his room, but I would rarely see him.
I found the apartment through The Village Voice. Turned out it actually belonged to a friend of a friend of a friend, but I found the initial listing in The Village Voice.

It was a small two-bedroom with a kitchen, a bath, a park around the corner, and when I showed up, plenty of homeless people lying on my stoop.

It was a busy neighborhood, and I would see so many people just hanging around, not working. People knew my name without my telling them and would scream greetings to me out the window on my walk to the subway (along with various other phrases).
at February 23, 2021