Hey! You! Get Out of My Way! Leaving Home Part 6 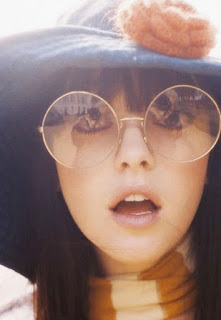 When I wake up the next morning, Vinny is still snoring. Someone is walking through the house and banging on doors. I can hear a flurry of activity, including doors being opened and slammed. There is a lot of noise, but Vinny is sound asleep, still snoring away. I don’t know what to do or where to go. I slide out of bed, throw on my jeans, and slip out into the hallway.

In the hallway a small hippie-looking woman wearing thick glasses and Birkenstock sandals is standing outside the bathroom door on the landing. “You have four more minutes,” she’s yelling to whomever is in the shower. I can hear the water running.

As I start to slide past her she looks up, stopping me. “Lorraine,” she says, extending her hand. I reach out my hand and grasp hers. “You must be Geoff,” she says, looking into my eyes. “Laroy told me all about you.” Her hands are rough and slightly cold. She leans closer to me. “Also, don’t worry about Vinny, he means you no harm.” I can tell from her look that she is trying to communicate that everyone here has problems. I nod my acknowledgement to what she has said, and head down the stairs.

What was a quiet place last night is now a beehive of activity. There are about fifteen people running around. Everyone seems to have a task. Some are cooking breakfast and getting the resident kids on their way to school, others are moving in and out of the office. Across from the office is the telephone we are allowed to use. Sherry is sitting there on the phone, silently using the pick on her hair. She looks up at me smiles and mouths the words, “court today.”

I walk to the end of the hallway and into the kitchen, where food is laid out in cafeteria style. There seem to be massive pans of pancakes, eggs, bacon, and oatmeal. People swarm around me on their way to whatever they are doing. Everyone who passes reaches out a hand, rubbing my back, touching my arm, or giving the occasional hug. There are so many staff members and so many names to learn. My head is spinning.

I walk into the dining room. Jay T. Tucker is happily gobbling down a stack of pancakes. He looks up at me. “Jay T. Tucker is a mean mother fucker,” I say. He laughs and a gob of pancake lands on his chin. I am now more convinced than ever that he is retarded.

Lorraine walks up behind me, and wraps her arm around my neck. “Your social worker just got here. You will not go to school today, but meet with her. We will call the school and let them know where you are. Grab some food and a seat,” she says, gently pushing me toward the food.

Walking back into the kitchen, I take a plate, put a pancake and some egg onto it, grab a coffee, and head back into the dining room. Christine has now joined Jay T. She looks up at me and quickly looks back down to the torn-up paper napkin in front of her. As I sit down, she gets up and storms out of the room.