Hey! You! Get Out of My Way! Leaving Home Part 4 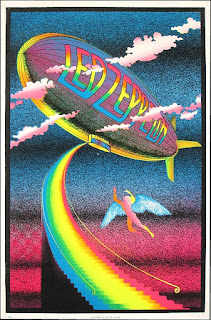 I follow quickly. Laroy is walking and talking. He’s giving me the history of the house as we go. “It has two additional stories to it,” Laroy tells me. One floor is for the youth who need to stay, and another floor is just for the staff. Climbing the staircase to the second floor, we pass the bathroom. “That’s one of four,” he adds. Slightly winded, Laroy pauses and places one hand on the railing. He coughs into his hand and waits to catch his breath.

From where I am standing I can hear a television. Laroy takes  in another breath, straightens up, and continues the climb. We walk into the room at the very top of the stairs. “The TV room,” Laroy says with a sweep of his hand. In the center of the room is a giant old black and white TV. Scattered around the room are several boys and girls. Everyone is smoking. “Everyone,” Laroy says, addressing the kids who don’t seem to move or look at him, “this is Geoff. Make him feel at home.” A couple of people look at me.

Laroy goes around the room and introduces people. “Vinny, Christine, Sherry, Alice, and Jay T. Tucker, this is Geoff.” Sherry has a large afro with a pick sticking out of it. The end of the pick is a clenched fist. She looks at me and nods her head. Jay T. Tucker lifts his head, looks and me and tells me that he’s “a mean mother fucker.” “I’ll remember that,” I say.

Christine looks like a little bird, she is bone white and thin, with a head of uncombed black hair. She coughs into her hand, and I notice that her hand is very small and her fingers are red. She looks at me; her eyes are smudged with mascara. She holds onto Vinny’s arm even tighter than she already had been.

Vinny is tall, thin, and has his hair cut like Mick Jagger’s. He is wearing combat boots, and has one foot on the floor, the other on the couch. “Can you move?” he says to me, “You’re blocking the set.” “Oh, sorry,” I say and quickly step to my left. Jay T. is staring at the TV. I believe that he might have a disability.

Laroy motions with his hand for me to follow him. We walk into a small entry way next to the TV room. There are three doors off this common room. “Tonight you share.” He motions to one of the rooms and opens the door.

The room is small, with two beds. There are psychedelic glow-in-the-dark posters on one wall, and on the floor by one of the beds is a skull with a candle on it. It’s a skull that you would buy  in the mall at Spencer Gifts. Laroy points at the empty bed. I walk over and sit on it.

“Make yourself at home. I’m on the overnight shift tonight,” Laroy says while stepping back into the hallway. “I’ll be downstairs, come down when you are done.” And with that he is gone.

I sit on the bed and look around the room. “Welcome to your new life,” I say. I lie down on the bed, and tears flow quickly from my eyes. Twenty minutes later the door opens and in walks Vinny. He stands in the doorway and looks at me.

“Shit, are you crying?” he asks. “No,” I say quickly wiping my face. “Good,” he says. “I don’t want you crying when I give you a skull fuck.” With that said he reaches behind himself and pulls the door closed.