Hey! You! Get Out of My Way! Leaving Home Part 3 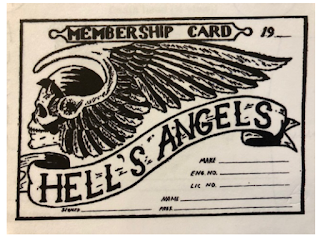 “The first rule,” Laroy says, leaning forward on the desk, “is to never talk about Equinox while you live here. There are several at-risk teens who call this home. The second rule is to make sure that no one follows you to the door. We have had a lot of people try to break in to get to someone.” He stands up and walks over to the office door. “That’s why we have this.” Leaning over, he grabs a baseball bat. He swings it and hits an imaginary ball, watching it fly into the crowd, and then makes cheering noises. “Home run,” he says, and laughs. He walks back to the desk, using the bat as a cane. “Rule three: no drugs of any kind. You can smoke cigarettes, but no weed.” He continues, “I was in the Hells Angels and I know what weed smells like, so please don’t test my skills.” He wiggles his eyebrows up and down and giggles.

“You’re gay, aren’t you?” Laroy asks, narrowing his eyes. “We had a guy named Louie in the Hells Angels, he was gay. What a good friend.” Laroy gets a far-away look in his eyes. I try hard to imagine what he could be thinking. I also try to imagine how accepting the Hells Angels are of gays in their club.

“Now, you can only live here for one month. We don’t have any more room than that,” Laroy says pointing a finger at me. Six months later we would laugh about that rule. Laroy stands up, walks over to a filing cabinet behind me, ruffles through it and pulls out a list of rules. Handing a copy to me, he says, “Here’s more that I can’t remember.” He giggles again and adds the word “Voila!”

There are rules about smoking, house meetings, bathrooms, bedrooms, sex, school, and mandatory meetings that you need to attend with a therapist. “You will also be assigned to a case worker,” Laroy says, “but we will worry about that tomorrow.” He stands up and motions me to follow him into the hallway. A large mirror above a table reflects my image back at me. My eyes look empty and hollow. Things had gotten so bad at home that it feels like I am no longer inside myself.

Laroy turns and walks to the end of the hall. The first room on the right holds the dining room and an upright piano. The sheet music for “The Me Nobody Knows” sits on the music rack. Laroy continues walking. Through the dining room is a door that takes you into the kitchen. He reaches over and opens the fridge.  It is stocked to the gills. Laroy says to me “You must be hungry. I know I am.” He reaches into the fridge and starts to pull out food. He crosses over to a cabinet and pulls down two of everything: two plates, two cups, two glasses, and a handful of napkins. He opens the bread and starts to make me a sandwich. He fills my glass with chocolate milk and does the same for himself. Handing me my glass, he raises his and says, “To new beginnings and schizophrenia!” He clinksmy glass, then drinks down the chocolate milk, wiping his mouth on the back of his hand. “Grab your sandwich and I will show you around.” That said, Laroy leaves the kitchen.